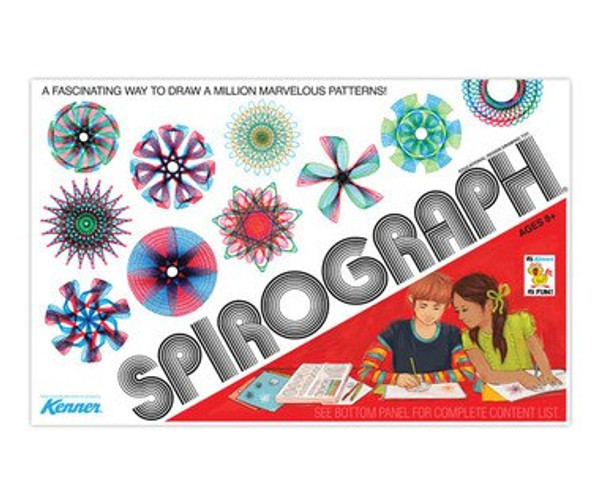 A Fascinating Way to Draw a Million Marvelous Patterns!

Yup, that's what it says on the box!  This retro packaged Spirograph is certain to tug at the heartstrings of aspiring artists and designers of all ages.

Spirograph is a geometric drawing device that produces mathematical roulette curves of the variety technically known as hypotrochoids and epitrochoids. The well known toy version was developed by British engineer Denys Fisher and first sold in 1965.