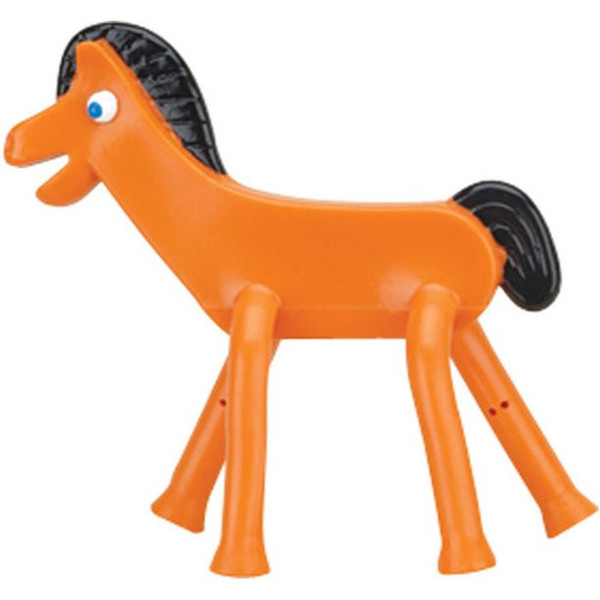 Gumby is an American clay animation franchise, centered on the titular green clay humanoid character created and modeled by Art Clokey. The character has been the subject of two television series, a feature-length film and other media. Since the original series aired, Gumby has become a famous example of stop-motion clay animation and an influential cultural icon, spawning tributes, parodies and merchandising.

Pokey is Gumby's best friend, and constant voice of reason.  Don't let Gumby be lonely, we recommend buying Gumby and Pokey as a matching set!

Recommended ages 3 and up.