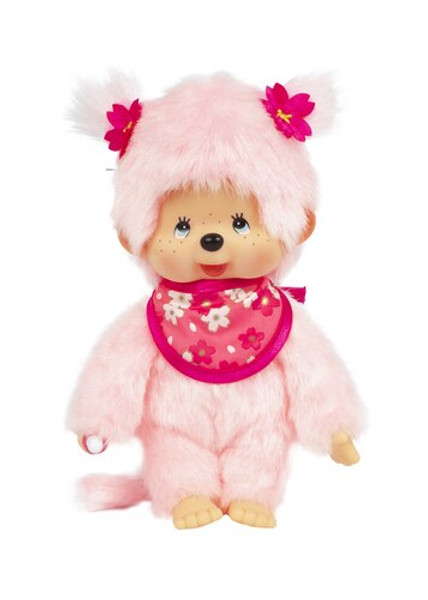 A magical baby monkey has appeared, just in time for cherry blossom season!

Monchhichi are nostalgic baby monkeys from Japan, do you remember the song?!  They make great pets!  With their soft fur and built in pacifiers, they are a lovely alternative to traditional baby dolls.