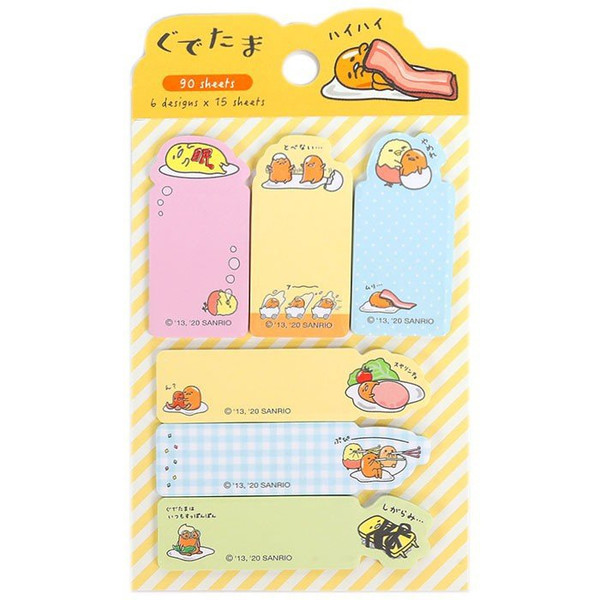 Do you want to write a note?  Maybe?  Who cares?!  Not Gudetama!  It's OK, you can write a note tomorrow.

Gudetama (Japanese: ぐでたま) is a character produced by the Japanese company Sanrio. The name Gudetama is formed from two parts: the first is the ideophone “gudegude” (Japanese: ぐでぐで) which is used to evoke the impression of something lazy and lacking energy. The second part is from the Japanese word “tamago” (Japanese: たまご) which means egg.  Therefore, Gudetama can be translated to English as "lazy egg". Gudetama's personality and appearance matches its name, as it is a depressed egg.