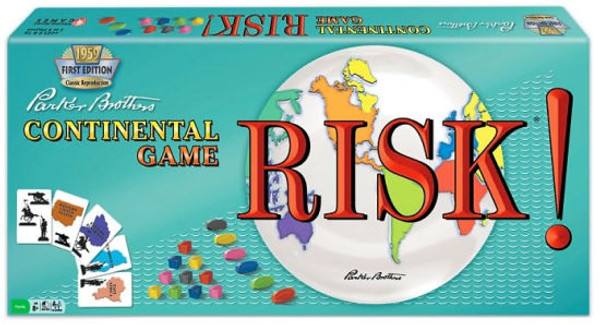 A faithful reproduction of the 1959 edition of the classic boarg game - RISK!

Risk is a stragedy board game of dipolomacy, conflict and conquest for two to six players. The standard version is played on a board depicting a political map of the world, divided into forty-two territories, which are grouped into six continents. The goal of the game is to occupy every territory on the board and in doing so, eliminate the other players.  The game can be lengthy, requiring several hours to multiple days to finish.

You have been warned!

Guess Who Board Game