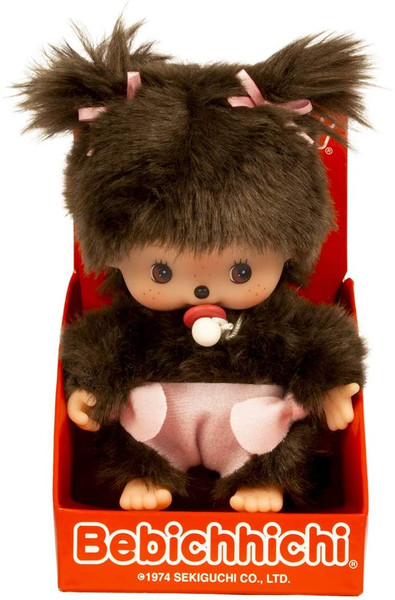 Monchhichi are nostalgic baby monkeys from Japan, do you remember the song?!  Bebichhichi are their adorable little cousins!  They are extra small, and need extra love!   Will you take care of them?

Recommended ages 6 and up.